Take a look inside

The Fort Rock Taproom is open every day from 11 am to 11 pm.   We are closed on Thanksgiving Day, Christmas Day, and we close early on the 4th of July.Our taproom has a spacious bar and over 3000 square feet of additional seating space to hang out and enjoy great beer. We are happy to host large groups and parties, just call ahead so we can reserve space for you.We feature all of our fresh beer styles on draft and most of our beers are available to take home in 4-Packs of cans or growlers.Feel free to come by and bring food to enjoy or walk over and order take-out from our neighbor ‘The Old Spaghetti Factory’.   We also often have food trucks on weekends and special events. Call ahead to confirm.Behaved dogs and kids are always welcome. 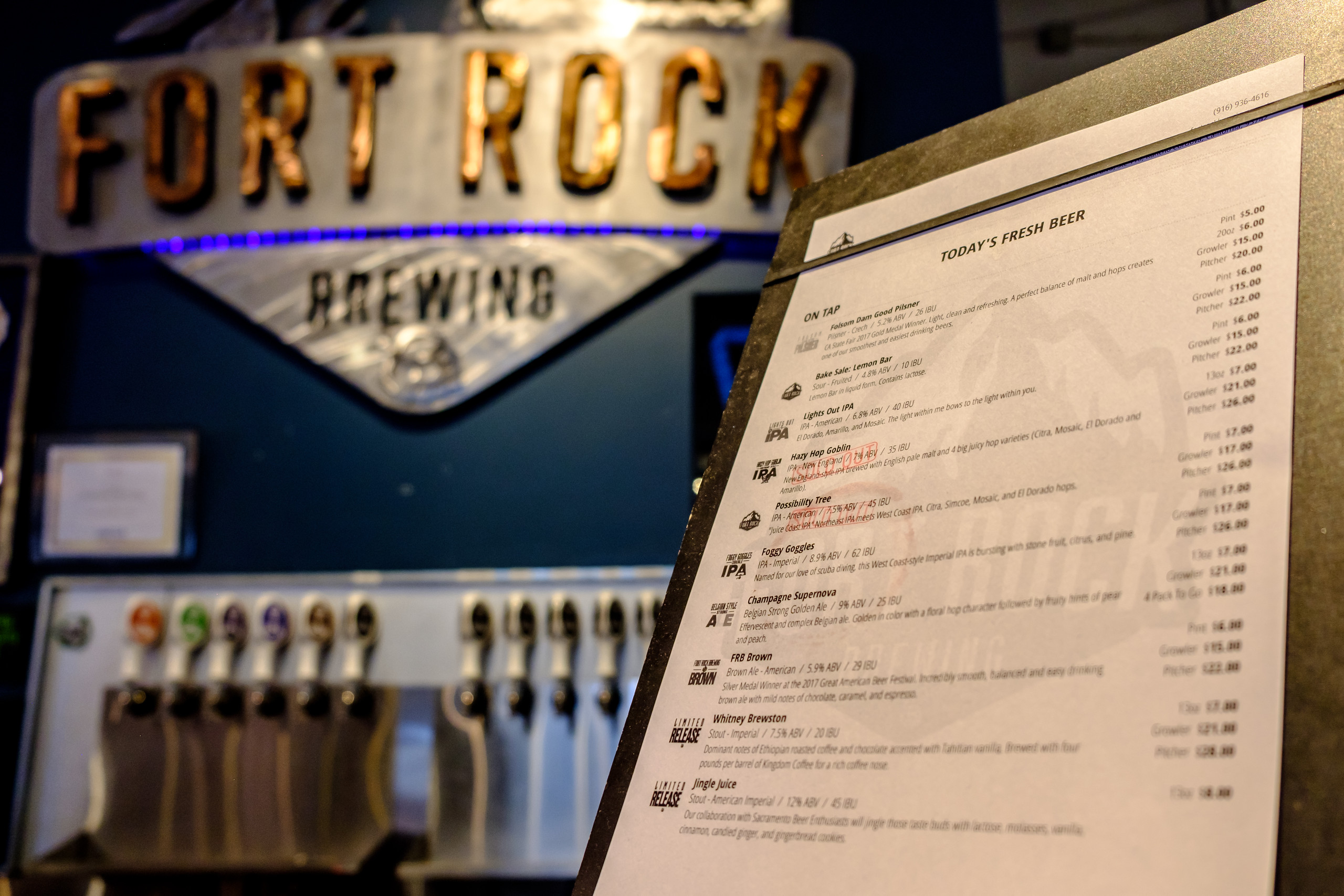 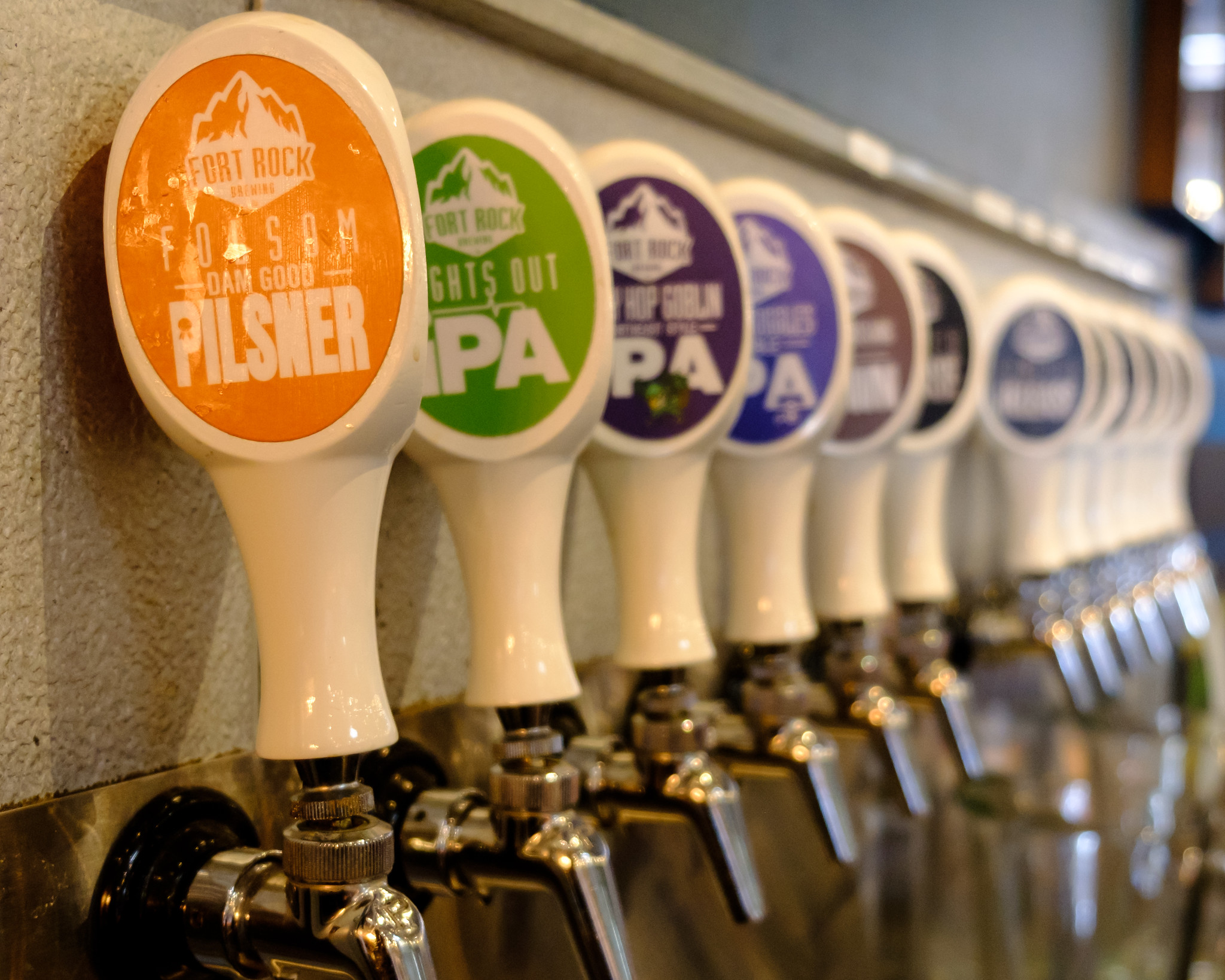 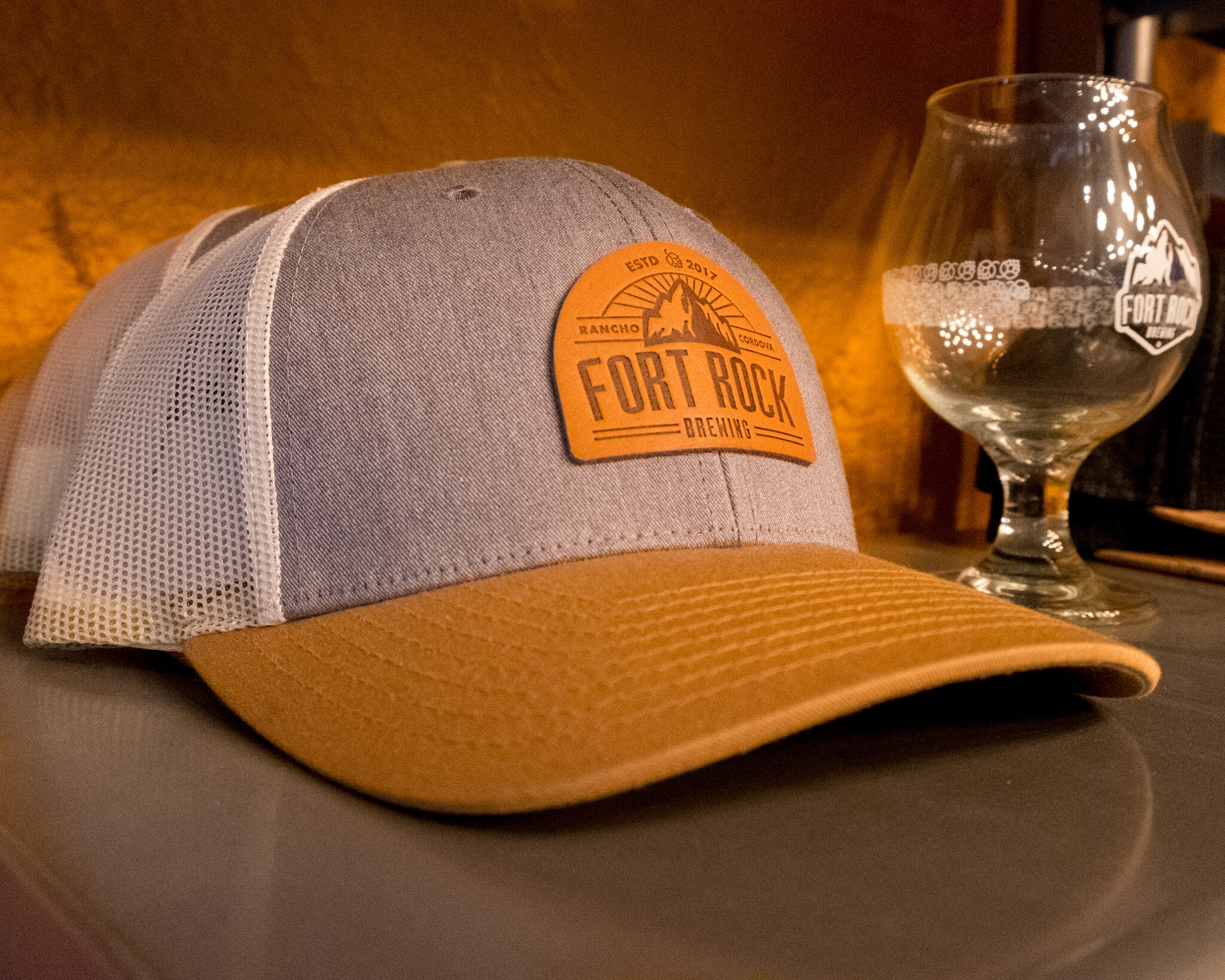 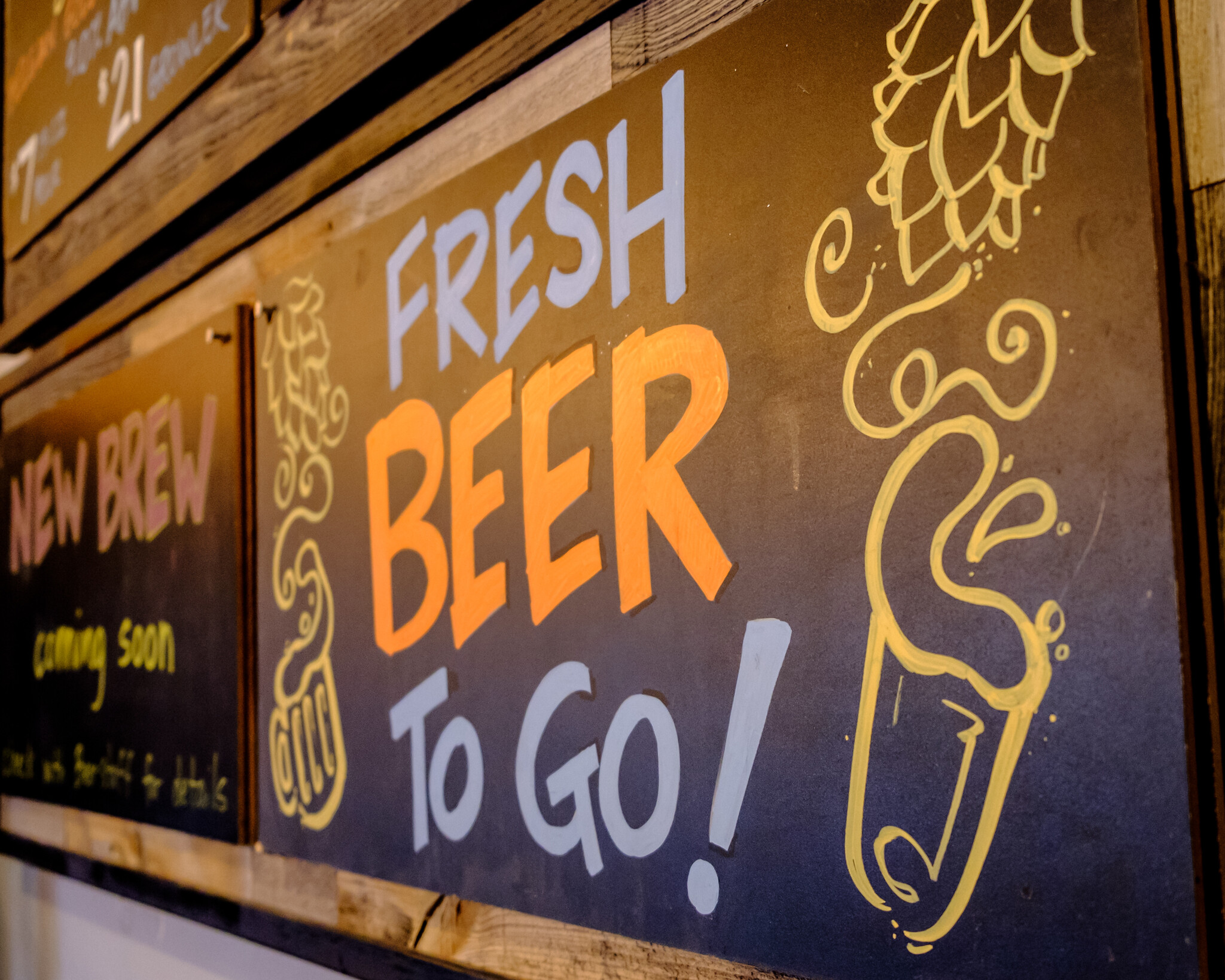 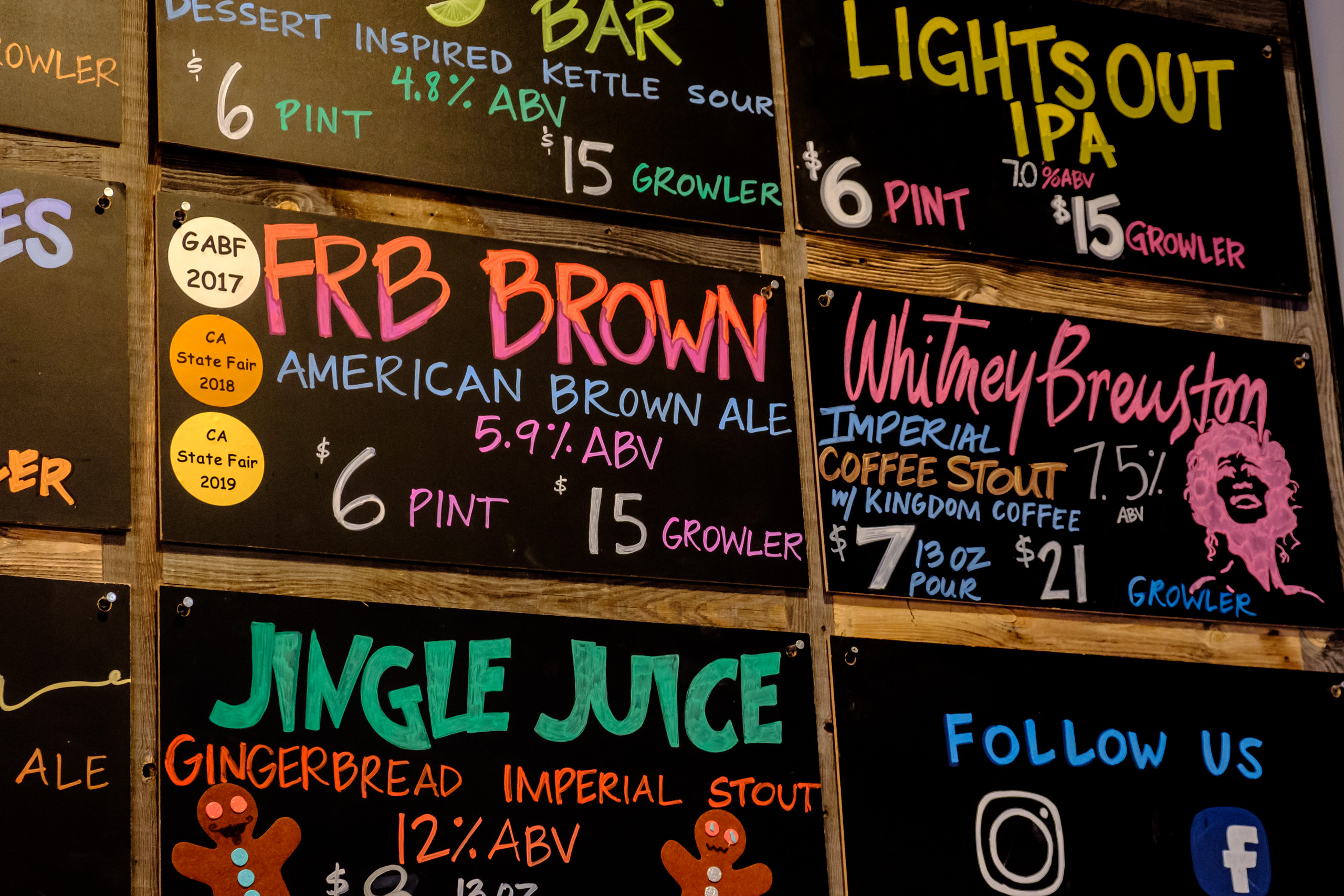 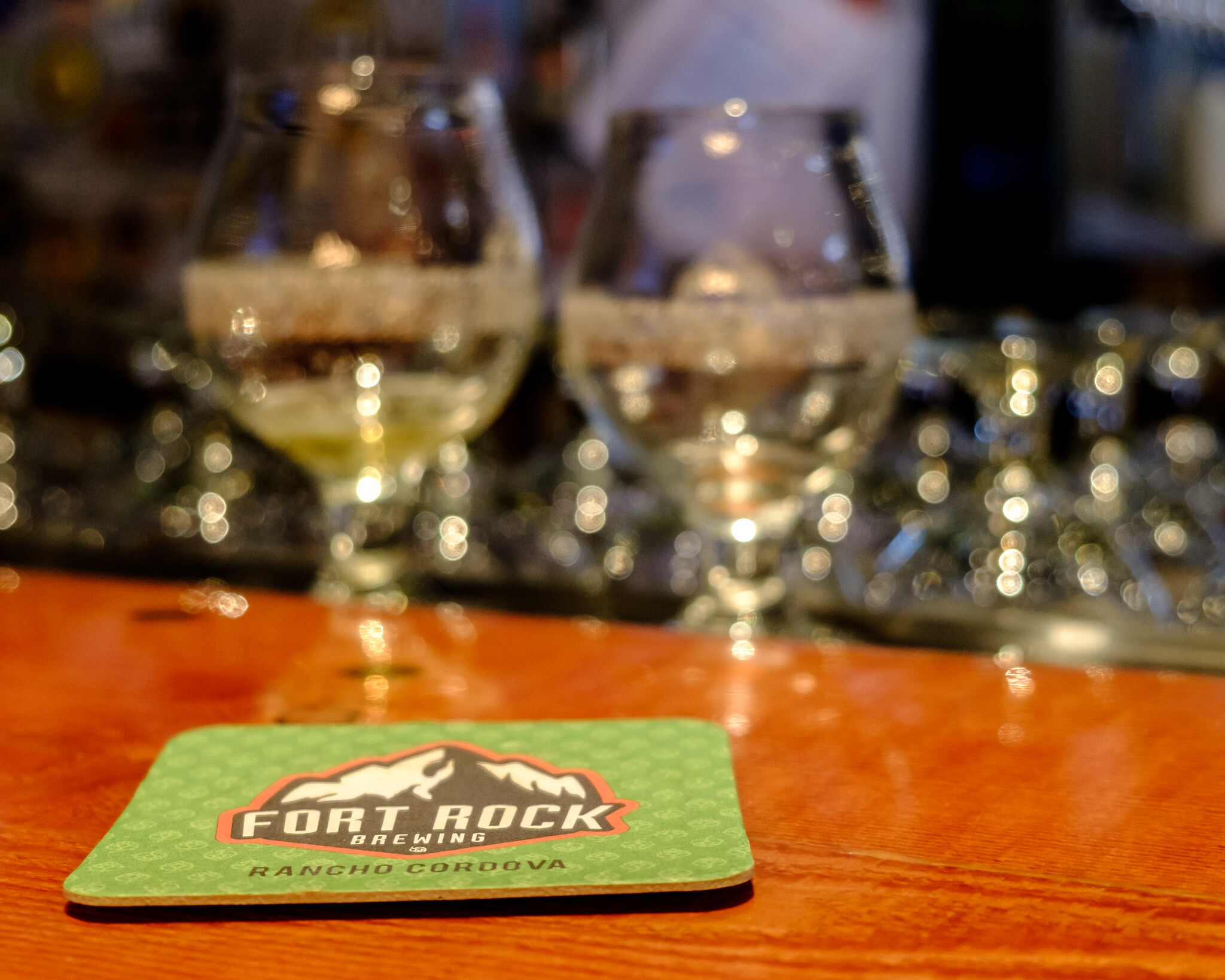 Our taproom is located in the historic Nimbus Winery building. The old winery was a thriving business in the late 1800s after the California gold rush began to wind down.  Later, as mechanical technology advanced, the vineyards were dug up with large machines and dry dredged for their underlying gold deposits.The building later housed a variety of businesses including an olive canning factory, a distillery, an indoor flea market, and others.  When Fort Rock signed its lease in 2016, the north side of the building was a large 20,000+ sq foot empty space.  Fort Rock restored a large portion of this space and alcoholic beverages are once again being produced in the building. 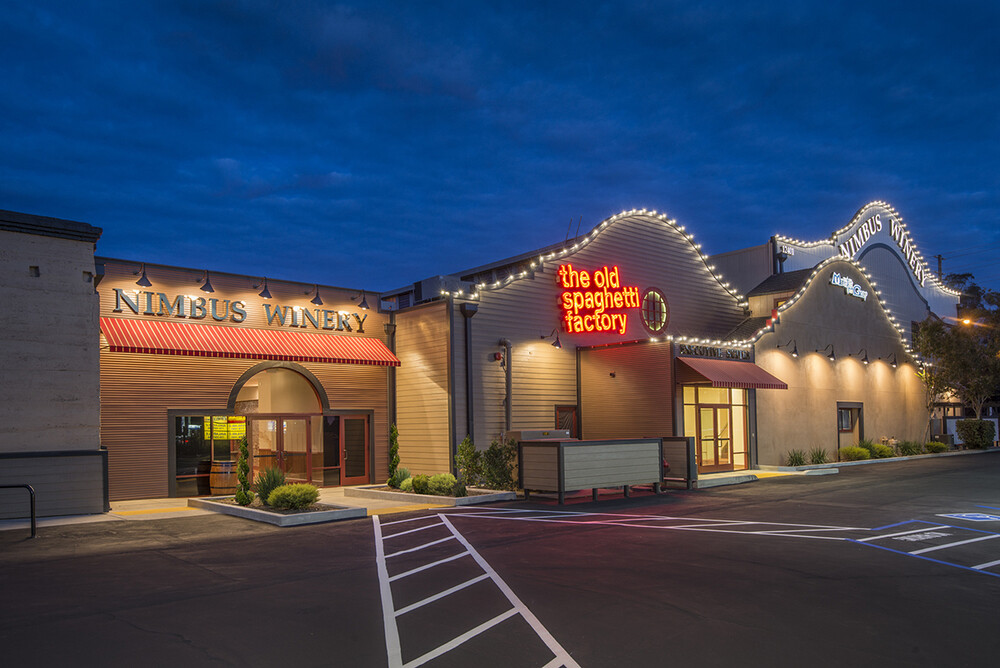 Whats days and times are you open?

Our normal hours are 11 am to 11-ish pm, 7 days a week. We close early on 4th of July, Christmas Eve, and are closed for Christmas and Thanksgiving day.

What food options do you have at the brewery?

We don’t have a kitchen inside the brewery. However, The Old Spaghetti Factory delivers appetizers directly to our tap room. Also, on weekends and during special events, we have various catering trucks and food vendors that setup right outside our tap room. Customers are always welcome to bring or cater their own food as well.

Do you allow dogs and/or children at the tap room?

Yes.  Children and dogs are welcome at Fort Rock provided they are supervised and well behaved.    By law, we do not serve beer to anyone under 21, and we do not allow anyone under 21 to taste or be in possession of beer at any time.

Can I reserve space in the tap room for a party or special event?

Yes.  We can accommodate parties of 150 ppl or more.   Please call the Fort Rock tap room directly to have us reserve your space and schedule additional staff if needed.  For large reservations we require a small deposit to cover our expenses in the event of a no-show.  Click here for contact info

Can I bring wine or other thrid-party alcohoilic beverages into the brewery or tap room for my private party or event?

Sorry, but no. We have a beer manufacturing license that grants us permission to make and sell our own beer, but explicitly prohibits the consumption of outside/third-party alcoholic beverages within our licensed premises. Please help us comply with the law and don’t bring third-party produced alcoholic beverages of any kind into the brewery.

Can I buy a keg of beer for a private party or my personal draught system?

Yes.  We sell both 5 gallon and 15.5 gallon kegs of beer directly from the tap room for retail customers.  Prices (including sales tax) range from $99 to $129 for most 5 gallon varieties and $179 to $249 for most 15.5 gallon varieties.  We require a $90 deposit for the keg shell that we’ll refund to you in cash once you return it to the brewery.  If you need equipment to dispense the beer, let us know a day or two early and we can arrange a draught box or party pump rental for you and have it delivered to the brewery to pick up along with your keg.

Do you fill growlers or other containers?

Yes.  We will fill any clean, durable, beer-appropriate container (glass, metal, etc) that is either 32oz, 64oz or 128oz in capacity.  We sell new 64 oz glass containers for $5 at the brewery.  If you’d like us to fill a third party growler, the law requires that any original branding and/or logos be completely masked over.  Our beertenders have masking tape behind the bar and can mask your container if needed.

Does Fort Rock donate kegs to charities or charitable events?

I own a bar/restaurant/retail shop licensed to sell beer, how do I order your beer?

Where can I buy your beer?

We currently sell and deliver to over 300 retail accounts around Northern California.   Ask for us anywhere you can find good local craft brew on tap or in cans.  Also look for us in the refrigerated section of the larger beverage and grocery chain stores.

How much beer can you make?